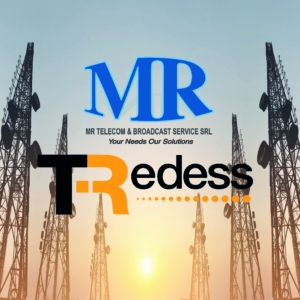 MILANO, October 22, 2020 – MRT is proud to announce that Rai Way, a Italy-based company leader in infrastructure for broadcasting, has selected for the second time, MRT/TREDESS Fourth series product family solution; the Low power transmitters in the range of 10 W to 100W will be installed in order to implement their DTT Network in DVB-T2. As part of the selection process, where all major competitors were there, MRT/TREDESS as per contract will provide to Rai Way around 50 systems of the Fourth series in a 3+1 configuration, some as trasmitters some as gap-filler. The Fourth series is a family of air-cooled UHF Transmitters and Gap-fillers for low and medium power needs in DTT broadcasting networks, which bring together exibility, outstanding compactness, high efficiency and smart installation and operation. Fourth Series Transmitters and Gap-fillers cover a wide range of output power going from 10W up to 2400W, based on one single and unified product design and two system architectures: standalone for low power, and modular for medium power. Fourth Series works in DVB-T, DVB-T2 and ISDB-T standards, for both MFN and SFN networks: Transmitters can also work in Retransmitter mode. Gap-fillers can work both as MFN Transposer and in SFN On-Channel-Repeater mode, using TRedess’ DEEC, the best echo canceller in the market.

Luis Grela, Managing Director of TREDESS, said: “Thanks to the wonderful and precious job made by MRT in Italy we’re proud to enlarge our transmitters installed base as the first spanish supplier of Rai Way for transmitters , and the only spanish supplier be present in Italy with a relevant market position. With this success MRT/TREDESS are ready to address the others Tier-1 broadcasters as well all the Regional & Local broadcasters in Italy , and let them take advantage of the Fourth series solution from MRT/TREDESS for migrating their network in DVB-T2.”